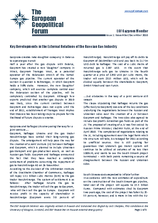 Half a year after the gas dispute with Belarus, Gazprom has created a new "daughter" company in Minsk, Gazprom Transgas West, as a potential operator of the Belarusian stretch of the Yamal-Europe gas pipeline. The current operator of the section in question is Beltransgaz, in which Gazprom holds a 50% stake. However, the new "daughter" company, which will exercise complete control over the Belarusian section of the pipeline, will be completely controlled by Gazprom. Although few experts predicted that another gas dispute in 2010 was likely, since the current contract between Gazprom and Beltransgaz does not expire until the end of 2011, establishment of Transgas West implies that Moscow has been taking steps to prepare for the likelihood of future dispute scenarios.